Red Shirt Guy (also "Red Shirt Kid") refers to a player at BlizzCon 2010 who, during the Lore & Quests Q&A session, correctly pointed out an issue in the story of the game. The questioner is incredibly nervous and speaks stiltedly; however after correcting and even educating the developers on the issue, he has become a fan favorite.

Due to his popularity, many videos have been made pastiching Red Shirt Guy including auto-tunes and rapping.

After swapping Kurdran out for Falstad, Blizzard also included a

Wildhammer Fact Checker NPC standing next to Falstad in the Ironforge High Seat in honor of Red Shirt Guy.[1]

Red Shirt Guy also posted a video "response" to the public and clarified that he spoke strangely due to nerves and hearing his own voice on the speakers; he also mentioned he has [Asperger Syndrome]. He would not give out his character name to avoid excessive messaging (well-meaning or otherwise), but instead mentioned his guild and server being Server:Malfurion US

The Red Shirt Guy returns to ask yet another question at Blizzcon 2013. 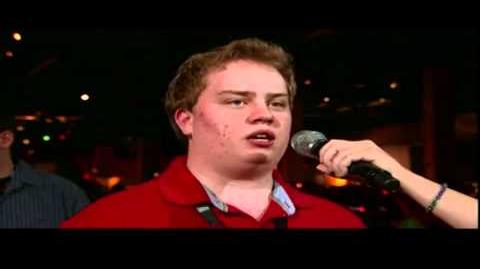 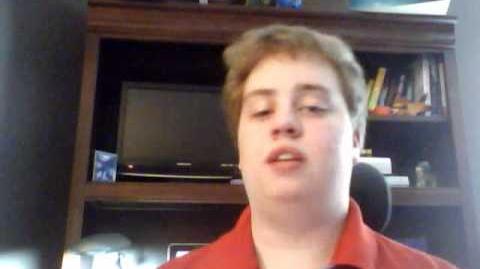 The Red Shirt Guy Speaks Out! 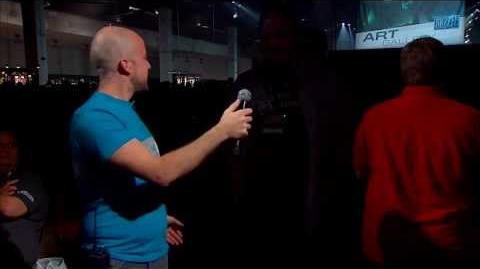