One of the rare "missing link" ogres on Outland, Rom'ogg Bonecrusher piqued the Twilight's Hammer Cult's interest with his merciless treatment of the ogres. He now lords over the Chamber of Incineration[49.8, 68]

, sating his hunger for inflicting torment on others.[1]

Normal: Attack Chains of Woe when Rom'ogg summons them, then move at least 12 yards away until he finishes casting The Skullcracker. Move out of Quake spots.

Heroic: AE the Angered Earth that appear from each Quake spot. 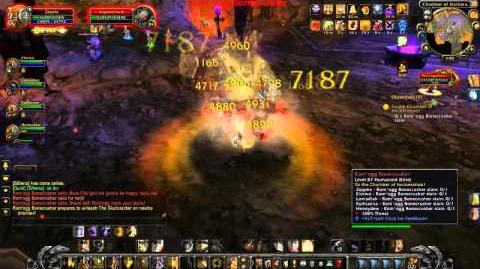