Screenshots of your animal forms was a thread in the WoW druid forum. It was started, innocently enough, by Pando, a tauren druid from Proudmoore and overbumped by Wildhorn, a tauren druid from Daggerspine, now banned from forums, which is why it is not possible to see any of his posts in the thread..

Thought it would be cool to see everyone in their animal forms, especially if you capture a screenie that's funny/cute! So post em here :) 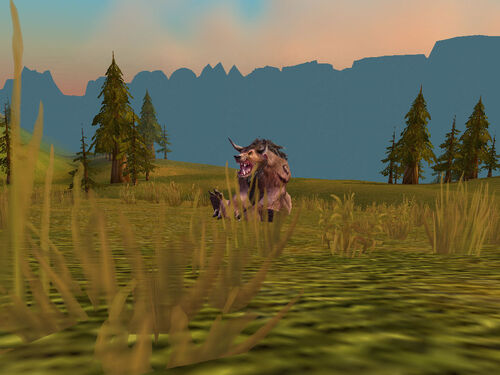 The thread quickly snowballed into many other druids posting the exact same picture, often describing how they look in a new piece of gear they just obtained, or showing off their full epic armor sets. It soon reached the 1000 post cap in this manner.

The entire incident played on the frustrations that some druids have where despite significant advances in level and gear, their animal forms look exactly the same that they do when they are first obtained.

Retrieved from "https://wowwiki-archive.fandom.com/wiki/Screenshots_of_your_animal_forms?oldid=2057725"
Community content is available under CC-BY-SA unless otherwise noted.