The Sha'tar, meaning "Born of Light" in Draenei, are a faction of naaru led by A'dal. Aided primarily by the Aldor and Scryers, the Sha'tar are dedicated to defeating the demonic forces that threaten both Outland and Azeroth.

To this end they helped the Aldor reclaim and rebuild Shattrath City following its destruction by the Horde, and welcomed Voren'thal the Seer and his blood elf army upon their defection from Kael'thas Sunstrider.

Today, they are the chief architects of the war effort against both the Burning Legion and Illidan Stormrage.

Shattrath City was once the draenei capital on Draenor, but when the Burning Legion turned the orcs against the draenei, the fiercest battle was fought there. The draenei fought tooth and nail, but in the end, the city fell. The city was left in ruins and darkness until the Sha'tar, led by the naaru A'dal, arrived.[1] Khadgar was the one who contacted them.[2] The Sha'tar, whose name means "born from light",[1] drove the demons away from the city,[3] they came to Outland to fight the demons of the Burning Legion.[1]

Ishanah says: "Born from light" would be a close translation for Sha'tar. It is the name we gave to the Naaru who reclaimed Shattrath from the agents of Illidan.

Ishanah says: Shattrath is more than a staging ground for war against the Burning Legion and Illidan. It serves as a sanctuary to those seeking to escape the violence surrounding us. We would be hyprocrites if we turned the refugees away. If your question refers to the Scryers, then I will respond that while I may not like them or their leader's wild claims of visions of redemption, it is not for us to question the wisdom of the naaru.These are difficult times (player), we need allies where we can find them.

Both Alliance and Horde players begin as Neutral toward the Sha'tar. Players can increase their Sha'tar reputation through various quests, by raising their reputation with the Aldor or Scryers, or by adventuring into Tempest Keep.

After exhausting the reputation rewards from Aldor/Scryer turn-ins and Mechanar runs, players may wish to complete the few Sha'tar quests available. In addition to the quests, instance runs in Tempest Keep: Botanica, Arcatraz and Mechanar will continue to grant reputation. At this point, it is probably more worthwhile to run these instances in Heroic mode.

Reputation rewards can be purchased from Almaador located Northwest of A'dal in the center of Shattrath City. He's standing below the smaller naaru, G'eras, that sells equipment for Badges of Justice.

Arcanist Xorith and Haldor the Compulsive will sell specialized Flasks only usable in raid zones to players who are exalted with Cenarion Expedition, the Sha'tar and the respective faction (Scryer or Aldor). The flasks are only purchasable with Mark of the Illidari obtained from creatures in Tempest Keep: The Eye, Serpentshrine Cavern, CoT Mount Hyjal, or the Black Temple. 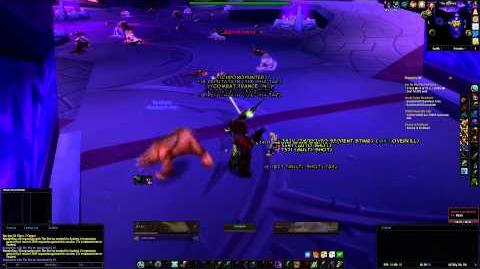