Western Lordaeron
Silverpine Forest, or simply Silverpine, is a vast, ancient wood that runs along Lordaeron's rugged western coast. The land ranges from fairly flat to hilly, and is nestled among even taller mountains. The forest is eerily silent save for the occasional unnatural howling echoing among the trees. Mossy overhangs shiver in the cold breeze, and the trees are all sickly or dying. Dilapidated farmsteads and abandoned mines dot the land, home now to the darker denizens of the woods.

This woodland is haunted and wild, characterized by its tall, silver-barked pines towering over grassy knolls. The Alliance once protected Silverpine Forest when it was verdant and lively. Now the place is shrouded in ghostly mists. Forsaken control the northern forest[1] and constantly clash with the wretched Rot Hide tribe of gnolls. What remains of the human population retains control of the southern forest, but they are desperate and their forces thinly stretched. Dalaran sends frequent expeditions into Silverpine to defend these people and study the undead plague and worgen curse — a mysterious affliction that causes its victims to transform into bloodthirsty, lycanthropic worgen when the moon rises. [2]

Gilneas and the Hillsbrad Foothills border the forest to the south, while Tirisfal Glades lays to the north. Lordamere Lake serves as Silverpine's eastern border.[3]

Though the territory belongs to the Forsaken, their claim is disputed by the wizards of Dalaran and agents of the Scourge who have taken possession of some of the ruined fields and steadings. Rothide gnolls operate from the mysterious Fenris Isle, and fiercely attack anyone who dares approach their dealings. In the southwest lays Pyrewood Village, whose people have fallen under archmage Arugal's curse, transforming into bloodthirsty worgen at night-time. Arugal makes his home in the nearby darkened towers of Shadowfang Keep.

Prior to the Cataclysm, Silverpine Forest frequently saw battle, as Alliance forces from Southshore journeyed to the forsaken woods to attack the Sepulcher or enter Shadowfang. It was the edge of the Forsaken homeland, and the southernmost point where effects of the undead plague can be seen in the plant life. This has since changed, as the Forsaken have pushed into and now control Hillsbrad Foothills.

Silverpine Forest was originally part of the kingdom of Gilneas, until it was walled off with the Greymane Wall. The road that goes through Silverpine Forest was usually used by dignitaries traveling to Capital City, and was used by Anduin Lothar and the refugees from Stormwind when they escaped to Lordaeron after the First War.[citation needed]

During the Third War, the forest was affected by the plague of undeath. The forces of the Lich King invaded the woods, setting fire to the crops and massacring its people. With Lordaeron destroyed, the wizards of Dalaran busy rebuilding their home and the citizens of Gilneas having locked themselves away behind the Greymane Wall, no one was left to take care of the forest. The plague began to affect the trees, making them pale and lifeless with disease. Since its fall, the forest has become occupied by the Forsaken, minions of Thule Ravenclaw, and the forces of Arugal. Its fate lies in uncertain hands as the opposing factions vie for control of the strategically important woods.

The Forsaken have successfully pushed through Silverpine Forest, their forces now occupying the majority of lands all the way to and into Hillsbrad Foothills. They have removed the murlocs from their homes at the Shining Strand and cowed all those affiliated with Dalaran into abandoning the roads and retreating to Ambermill. This falls soon enough to the Horde[4]. Easily one of the most distinctive changes to the zone is the addition of Forsaken-themed architecture, from the new command posts and the Sepulcher, even down to the sickly glowing lamps that dot the bridges. There is even a new wall separating the zone from Tirisfal Glades in the north and one bordering Hillsbrad Foothills to the south.

Plague containers dot the northern road and also near the Decrepit Ferry. A Horde Coffin Hauler pulled by a Subdued Forest Ettin serves as transportation for lower level characters without mounts, running from Tirisfal all the way down near Shadowfang Keep.

There are a number of new Horde encampments. To the north near Tirisfal is the Forsaken High Command where players will begin their trek into the phased zone. The Dead Field has been converted and is now the Forsaken Rear Guard, where Horde adventurers are tasked with fighting the Worgen at North Tide's Beachhead. The Forsaken Front sits all the way to the south, very near Shadowfang Keep and Pyrewood Village. It is from here that Horde fighters wage a constant battle against the Gilneans, for the Greymane Wall has been shattered.

The Worgen are, by far, the largest threat facing the Forsaken. They spill from Gilneas, attempting to thwart Sylvanas's plan of taking the worgen kingdom, allied now with the Alliance. In addition to the area just outside the Greymane Wall, they have pushed far into Silverpine, taking over Olsen's Farthing, scuttling boats near North Tide's Run, and even engaging the Horde at their command post to the north. Further Alliance activity includes a mob of Hillsbrad Refugees descending upon Fenris Isle, ousting the gnolls there in an effort to escape the war within Hillsbrad Foothills[5].

The Forsaken control Northern Silverpine Forest. As undead freed from the Lich King’s control they serve under Sylvanas Windrunner, waging war upon the Scourge in the hopes of destroying it. Some also take exception to the living, and so their list of allies is thin. Forsaken resemble men and women, but their skin is a decayed gray and dead flesh shows in places.

The Forsaken have a special contingent known as the Deathguard, who wander through Silverpine on constant patrol. The Royal Apothecary Society, a Forsaken organization devoted to creating new toxins and alchemical substances, also has a strong presence here. They have concerns with Dalaran's increased interest in the region.

A gnoll band called the Rothides lives here as well. They appear to have been afflicted with the plague of undeath for their fur is gray and patchy, and their eyes yellow, rheumy and sick-looking. Though their origins are unknown, the Rothides and the Forsaken wage a constant guerrilla war against each other.

Not much remains of the humans who inhabit Silverpine, formed of Gilneas' refugees and the wizards of Dalaran. Those who inhabit Pyrewood Village below Shadowfang Keep bear a terrible nocturnal curse, transforming into worgen by moonlight. [6]

Silverpine Forest is a vast, primeval wood that runs along Lordaeron’s rugged western coast. The land is fairly flat, but small hills, mossy overhangs and grassy knolls are common. Razed farms and vacant gold mines dot a land commonly described as "forsaken". Many wild and aggressive creatures roam through the trees. [7]

Alliance
Due to the Cataclysm, the Alliance have a harder time reaching Silverpine. One option is to head west through Arathi Highlands from Refuge Pointe, then continue west through Hillsbrad Foothills. Another option, perhaps simpler, is to travel from Chillwind Camp in the Western Plaguelands and into Hillsbrad Foothills, then through the Uplands to swim across Lordamere Lake.

Horde
From the crossroads outside Undercity, run west following the signs. The Forsaken High Command is just across the border. You can also run further south through the zone to the Sepulcher to the inn. Alternatively you can swim across Lordamere Lake from behind Undercity.

Silverpine Forest is home to several forsaken of note. At the Sepulcher, High Executor Hadrec sends promising young forsaken to investigate the activity of the local Rot Hide gnolls. He is assisted in his efforts by Apothecary Renferrel, who also seeks to concoct a new plague using various animal organs as ingredients. And nearby, the devious Dalar Dawnweaver ponders the presence of the worgen in Silverpine Forest.

Silverpine Forest quests are exclusively Horde-aligned. They begin at level 10 and run to level 20, though their limited number can make it difficult for undead players to move into the nearby Hillsbrad Foothills, the next zone for Horde in the Eastern Kingdoms. Many cross the sea to the Barrens via zeppelin or head to the Ghostlands via Silvermoon City to quest as a result.

Quests of note in this area include the Arugal quest chain, in which players help Dalar Dawnweaver research the archmage's lupine curse. 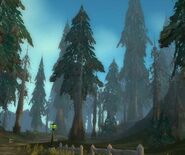 Silverpine during the day. 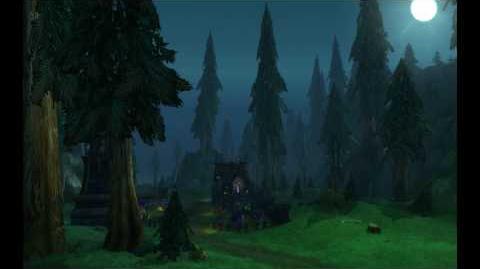 The Story Of The Cursed Pyrewood Village - Warcraft Lore 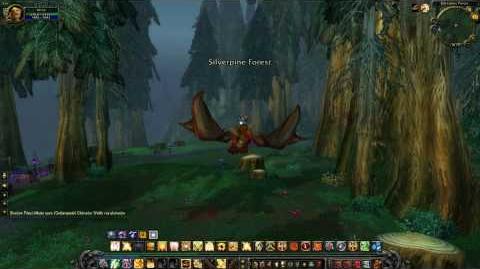 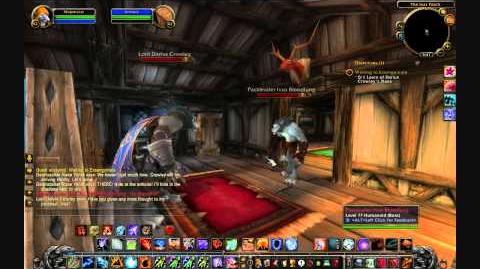