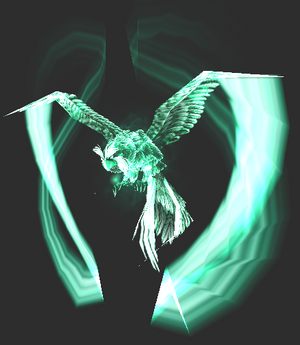 Spirit beasts are the embodied spirits of the natural world. They are naturally incorporeal, but may take a true physical form to fight for the druid or shaman who called them.

Fighting a spirit beast is harrowing, as the creature phases in and out of existence, rarely appearing in the same place twice during battle. Spirit beasts appear like regular animals, but bear glowing auras and are slightly translucent, even when visible.[1]

Spirit beasts are a rare class of creatures found mainly in Northrend. Not much is really known about them and only a handful exist. They are exotic beasts and can only be tamed by beast mastery hunters with the [Exotic Beasts] ability.

Due to the rarity of these beasts, they are usually heavily camped.

Though hunters can respec their pet spirit beasts into Cunning or Tenacity, they are inherently Ferocity. In addition to the abilities that come standard with all pets ([Growl] and [Avoidance]) and those given to their natural or retrained specialization, all spirit beasts are given the following: 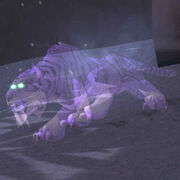 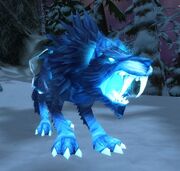 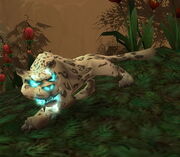