This article is about the 25-man raid instance. For the history of the Sunwell and WCIII appearances, see Sunwell. See also Sunwell Plateau guild progression.

The Sunwell Plateau is a raid instance located on the Isle of Quel'Danas north of Silvermoon City. Blizzard planned for it to become the hardest raid instance in the game until the release of Wrath of the Lich King. The Sunwell Plateau is tuned for Tier 6-geared players and the gear that drops from the first three bosses are additional Tier 6 items (boots, belt and bracers), and non-set epics as well.

The instance contains both outdoor areas and building interiors, where players will find captured naaru, which are the primary power source of the town, and inside the final building the Sunwell itself.

The architecture of the Sunwell Plateau is comparable to that of Silvermoon City.

The instance was open to players right from the start of patch 2.4, but the last 3 bosses were only available as each gate - which blocked the next boss encounter - opened over a set period of time on all servers. (Although this happened on maintenance day, so the US had an apparent one day advantage over the EU servers)[1] The first gate was opened on 8 April 2008 in the US, two weeks after the patch went live. The second gate opened after weekly maintenance on April 29, 2008. The third and final gate was opened on May 20, 2008 on US realms. The difficulty of the instance was set at the first 3 bosses being on par with Tier 6 encounters, and then the last three and increasing from each.

Note that nearly every mob in the instance has the Sunwell Radiance buff, increasing melee hit by 5% and reducing opposing chance to dodge by 20%.

A scripted event will occur after Kil'jaeden's defeat. 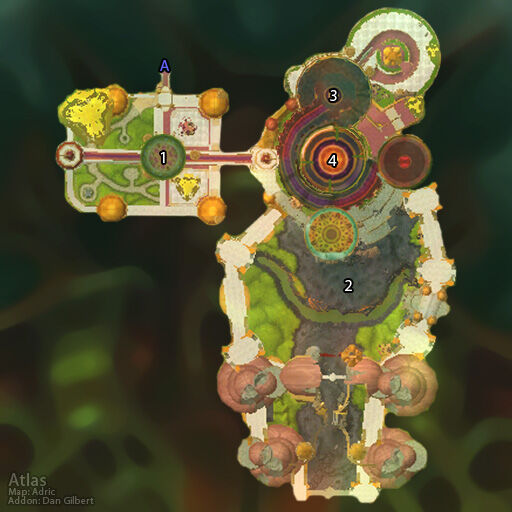 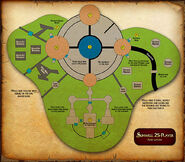 The original design layout of the instance.

Injured Shattered Sun warriors near the entrance to Parhelion Plaza

Apex Point, where Kalecgos is possessed by Sathrovarr

The balcony overlooking the Dead Scar

The Den of Iniquity

The Terrace of the Sun, as seen from the ramparts above Parhelion Plaza

The Witch's Sanctum, home to Sacrolash and Alythess, the Eredar Twins

The Terrace of the Sun

The Shrine of the Eclipse, overlooking the Sunwell

The Sunwell, as seen from the Scrying Orb in the Magisters' Terrace 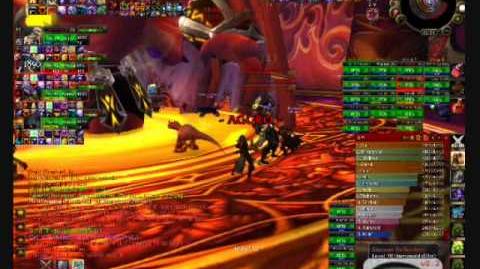 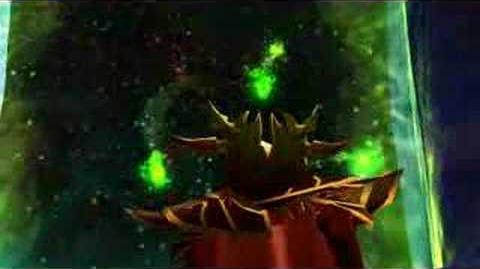