Does anyone know what the conditions are for which graveyard you rez at? I was in Amani Catacombs on a quest I received in Tranquillien, got myself killed, and popped out of a graveyard right next to the Sanctum of the Sun, and I'd never even been in the area or even knew there was a graveyard there! Why? That's a little out of the way, and just throws me off that I start in one location and appear someplace so completely different... Seems to me like not all of the rez locations were completely thought out... Anyone know anything about how they determined which graveyard your spirit appears at? Or better yet has anyone managed to create any sort of map of approximately which graveyard you appear at if you die in any given location? Avigor (talk) 06:33, February 13, 2012 (UTC)

This is just an idea i just came up with: how about adding a graveyard section to each zones, and have a co-ordinate map with all graveyards in each of the zones and one category for all graveyards and one to just that zone's all graveyards? alternativly, maybe it be linked to a seperat page from the spesific zone's page. 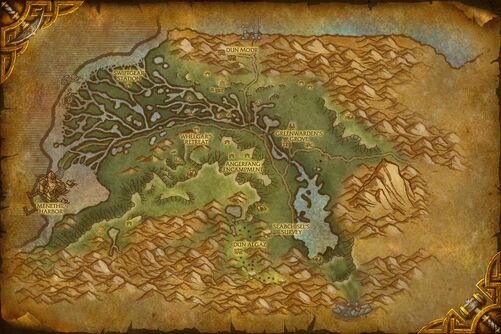 <- instead of the yellow

I thought about this a while ago, and for me it came down to utility. Other than for informational purposes, it might not serve a huge purpose for readers. Then again, if it's something you'd really like to do, it would still be an interesting read that would fit into the encyclopedic nature of the site. Raylan13 (talk) 02:06, July 31, 2012 (UTC)