The Stockade, aka Stormwind Stockade, is a heavily guarded prison in the middle of Stormwind City. A large number of dangerous criminals, including some criminal masterminds and Defias mercenaries, are currently being held in the stockade.

Not so long ago, however, there was a revolt inside the dungeon, and the prisoners now keep the Stockade under their control.

The Stockade received an overhaul. All the quest givers are located inside the dungeon. Other changes include new mobs and bosses. There are three wings in Stockades: fire elemental wing, human wing and gnoll wing (with Hogger as boss).[1] 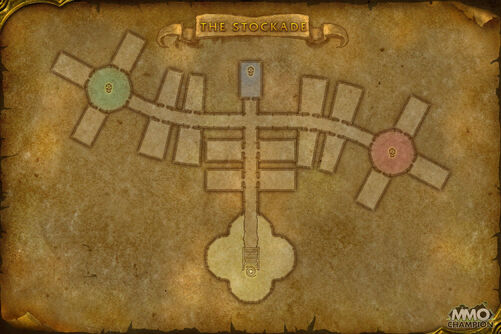 Where Nurse Lillian heals the injured

Where the off duty guards rest 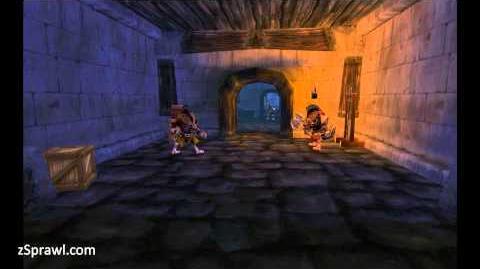 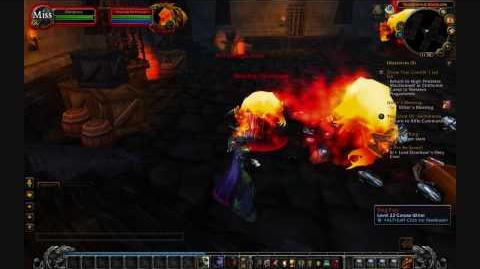