Were you looking for the daily quest zone, Tol Barad Peninsula?

From Day of the Dragon

During the Second War, it was an island citadel of Stromgarde. The island was also the site of a fierce battle between the Horde and Alliance. The Horde, having already conquered most of the dwarven lands, were preparing to strike out into the northern kingdom of Lordaeron. At the time, the island was being used as a staging point to strike back at orc raiders. In response, Orgrim Doomhammer launched an invasion of the island. Overwhelmed early in the war by the orcs, no more than a few hardy weeds and insects survived the Horde's bloody victory. An aura of death seemed to radiate from the island,[1] and the original fortress was razed to the ground. Tol Barad became a frightening symbol of the Horde's merciless tenacity and barbarity.

Years later, after the Second War, the island nation of Kul Tiras claimed the former stronghold and established a prison over the ruins of the old fortress. The site of many historic battles in the Second War, Tol Barad is now home to a magic prison. Wizards from both Dalaran and Stormwind oversee the complex, and prisoners include enemy mages, lesser and greater demons, warlocks, and undead war criminals. The wizards do not allow anyone near the island and keep the prison's existence secret.[2]

Tol Barad is an outdoor PvP raid zone in World of Warcraft: Cataclysm, very similar to Wintergrasp in Northrend. However, the island also functions similarly to the Isle of Quel'Danas in that it is a major daily quest hub. Battling for control of the island are the Baradin's Wardens for the Alliance, and Hellscream's Reach for the Horde. Whichever side controls the prison on Tol Barad will gain access to more dailies with even better rewards.

In World of Warcraft, Tol Barad is two zones:

The Tol Barad zone plays out like Wintergrasp. There are seven discrete points of interest, with Baradin Hold at the center of the island and three destroyable towers and three capturable buildings surrounding it.

Points of Interest, circling clockwise around Baradin Hold from the north:

Battle lasts for 30 minutes with a 120 minutes cooldown period. The victory condition is capturing all three buildings at the same time. Whoever has more players near the flag gains control of the area, much like in Wintergrasp and Eye of the Storm.

Battle time is extended by 5 minutes for every tower destroyed.

Running north along the Blackstone Span connects to the Tol Barad Peninsula, a contested zone.

Points of Interest, circling clockwise around The Darkwood from the north: 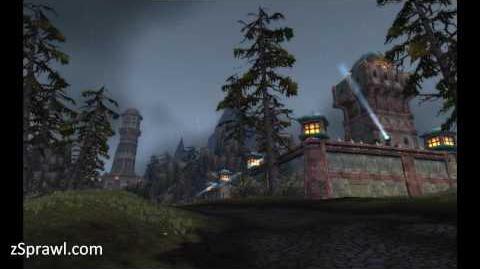 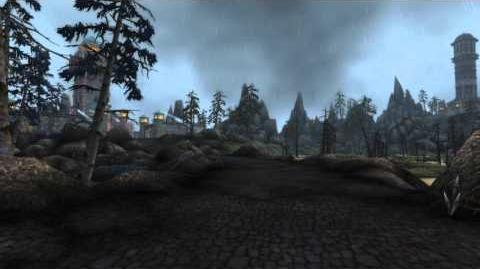 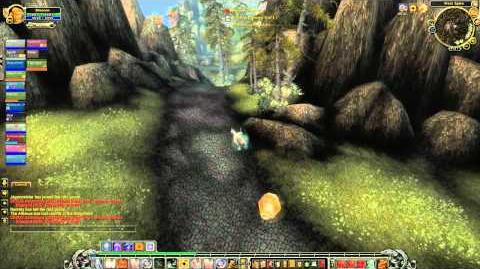 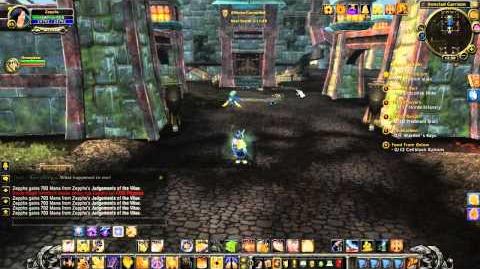 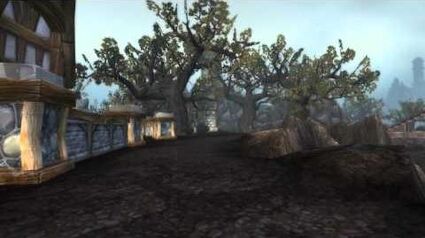 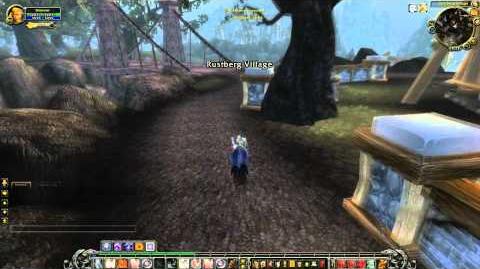