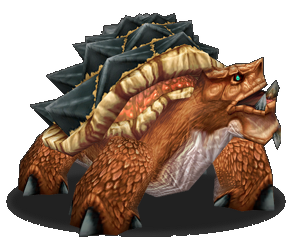 Turtles in World of Warcraft are similar in appearance, but much greater in size than their real-life counterparts. They can be found both on land and in water. Although many turtles spend large amounts of their lives underwater, all turtles and tortoises breathe air, and must surface at regular intervals to refill their lungs. They can also spend much or all of their lives on dry land. turtles lay eggs which are slightly soft and leathery. Large numbers of eggs are deposited in holes dug into mud or sand. They are then covered and left to incubate by themselves. Depending on the species, the eggs will typically take 70–120 days to hatch. When the turtles hatch, they squirm their way to the surface and head toward the water. There are no known species in which the mother cares for her young.

Sea turtles lay their eggs on dry, sandy beaches. Immature sea turtles are not cared for by the adults. Turtles can take many years to reach breeding age, and in many cases breed every few years rather than annually.

Turtles, sea turtles, and tortoises are often essentially the same, only differentiated by environment.

Turtles of different species are found all over Azeroth. One of

most famous species is the giant sea turtles used by the goblins during the Second War. They were originally believed to be native only to the South Seas but have also been discovered in Northrend. The most important distinction between the different kinds of turtles is which drop Turtle Scales and which do not. In general, turtles of a higher level have a better chance of dropping Turtle Scales. The turtles in Dustwallow Marsh rarely drop scales, while the ones in Tanaris may drop two or three at a time. The turtles in Thousand Needles never drop scales. Farming Turtle Scales is the primary reason to kill a turtle.

Tortoises (land turtles) are pretty much interchangeable with turtles in the game, since they all look the same. You can assume it is a tortoise if it doesn't appear near a large body of water (lake, river, or sea).

Some turtles can grow to enormous sizes. During the Second War, the orcs used them as submersible war machines. Their shells were so large that several orcs could fit inside them, and they attached goblin-made rockets to the top of their shells.

The goblins themselves also seem to have taken up turtles as a mount; a pair of mounted goblins can be seen on turtles in Booty Bay. With the recent discovery of Pandaria, it has been revealed that the pandaren also use dragon turtles as mounts.

Turtles make for notably sturdy tanking pets with their special ability Shell Shield, which reduces damage taken by 50% for 12 seconds.

Though hunters can respec their pet turtles into Cunning or Ferocity, they are inherently Tenacity. In addition to the abilities that come standard with all pets ([Growl] and [Avoidance]) and those given to their natural or retrained specialization, all turtles are given the following:

The subspecies below can be tamed by hunters. Pandaren hunters start with a green dragon turtle.

Look for spiked varieties as well in the categories below.