Vek'nilash are known as the Twin Emperors. They rule over the qiraji from the sanctuary of their temple.

In this area, Qiraji Scarabs and Qiraji Scorpions are scattered all around the floor, and if killed, they constantly respawn throughout the fight. They are initially neutral, but turn hostile when hit by any sort of area of effect spell or when mutated by Emperor Vek'nilash.

Emperor Vek'nilash: Swings a big sword, immune to all magical damage (except holy).

Emperor Vek'lor: Caster, immune to all physical damage, has a mana bar.

At level 85 this encounter becomes many times easier. It can be easily 2-manned, with health pools over 100k and the extent of self healing all classes have. It is easiest done with 1 melee and 1 caster. Tank them on their platforms, make sure you keep dots up, when the Emperors switch platforms, they will circle back to their original platform (due to the aggro generated by the DOTS), gaining 1 or 2 heals on the way. Reposition them on the platforms and continue DPS. Once either of the Emperors die, one of two things will happen. 1: The opposite Emperor also dies. 2: The opposite Emperor is reduced to <10% health. And with no healing, it is very easy to finish him off.

Things everyone needs to constantly watch out for: 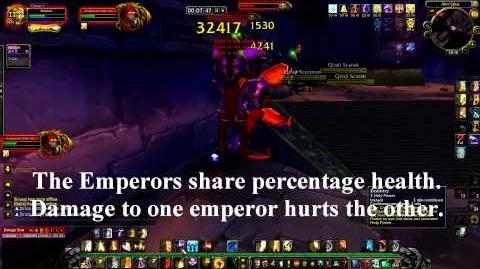 How to Solo Twin Emperors AQ 40 Retri Paladin (No exploits) 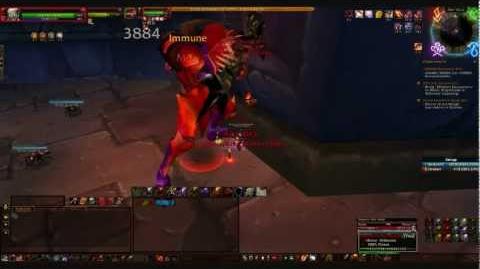 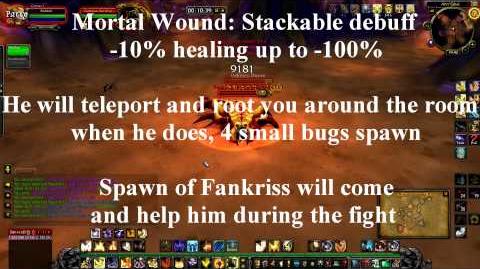