This article is about the playable undead Forsaken. For information about the Forsaken in general, see Forsaken.

The undead (Forsaken) start in Deathknell, a sub-zone located in western Tirisfal Glades.

Bound to the iron will of the tyrant Lich King, the vast undead armies of the Scourge seek to eradicate all life on Azeroth. Led by the banshee Sylvanas Windrunner, one group of undead broke away from the Scourge in the Third War when the Lich King lost some of his power, and they freed themselves of the Lich King's domination. Although this freedom seemed to be a blessing at first, these former humans were soon tormented by memories of the unspeakable horrors that they had committed as mindless Scourge agents. Those who did not descend into madness were faced with a chilling realization: the entirety of Azeroth sought their destruction. These renegades call themselves the Forsaken. They fight a constant battle not only to retain their freedom from the Scourge, but also to exterminate those who would hunt them as monsters.

In their darkest hour, the renegade undead were rallied together by the former ranger-general of Quel'Thalas, Sylvanas Windrunner. Defeated during an attack on her kingdom and transformed into a powerful Scourge banshee, Sylvanas had also regained her freedom from the Lich King. Under their new queen’s guidance, the independent undead – known as Forsaken – recaptured the Undercity beneath the ruins of Lordaeron’s capital from the Burning Legion's agents, the Dreadlords, thus finally gaining their true independence. While some Forsaken feared Sylvanas, others valued the security she provided. Many of the free-willed undead, however, found a purpose to their cursed existence through the banshee queen’s burning desire to destroy the Lich King.

This hidden 'Undercity' forms a sprawling labyrinth that stretches beneath the haunted woods of the Tirisfal Glades. From this bastion, the Forsaken wage an unending battle against the Scourge as well as the remaining humans who still seek to reclaim their lands. For though the very land is cursed, the zealous humans of the Scarlet Crusade cling to their scattered holdings, obsessed with eradicating the undead and retaking their once-beautiful homeland.

Despite not being affiliated with the Scourge, the Forsaken came under threat from humans who were dedicated to eradicating all Forsaken. As a means to further her own goals and protect her budding nation, Sylvanas sent emissaries to various factions in search of allies. The kind-hearted tauren of Thunder Bluff proved to be the most promising contact. Specifically, Archdruid Hamuul Runetotem saw the potential for redemption in Sylvanas’ people, even though he was fully aware of the Forsaken’s sinister nature. Thus, the tauren convinced Warchief Thrall, despite his misgivings, to forge an alliance of convenience between the Forsaken and the Horde. In the end, the Forsaken’s chance of victory against the Lich King was bolstered, while the Horde gained an invaluable foothold in the Eastern Kingdoms.[3] (WoWMan 188)[4]

Ultimately, the Forsaken assisted the Horde with a massive offensive against the Lich King’s power base in Northrend and exacted vengeance upon their hated enemy. The victory, however, was not without its hurdles. During the invasion, Grand Apothecary Putress unleashed a new plague that killed friend and foe alike, while his traitorous counterpart, the dreadlord Varimathras, seized the Undercity in a coup that nearly killed Sylvanas. The usurpers were slain for their vile deeds and the Forsaken capital was restored, but the debacle created suspicion among the Horde regarding Sylvanas’ loyalties.

Now, along with being mistrusted by her own allies, Sylvanas recognizes that many of Azeroth’s other inhabitants still see her people as a threat, even after the Lich King’s defeat. As their numbers dwindle by the day, the Forsaken have begun fortifying their holdings around the Undercity, working to prove their loyalty to the Horde’s cause even as they ready themselves for any future attacks.[5]

The undead start in Deathknell, and after the quests are finished there, they head on to Brill. While at Brill, there are many quests that involve going to the Undercity, the undead capital city. After finishing the quests in Brill, it is common to travel to The Sepulcher, Silverpine Forest to quest there. Alternatively, undead players can go to Durotar from the zeppelin tower near Brill, and then walk to The Crossroads, The Barrens rather than Silverpine Forest after completing the Brill quests, at about level 14. Although the initial walk to The Crossroads is long, following this path has some advantages:

With the The Burning Crusade expansion set, the Forsaken can also choose to do quests in Eversong Woods and Ghostlands using the Orb of Translocation, located in the Ruins of Lordaeron, to travel there.

Though undeath was not something any Forsaken actually chose, it brought new capabilities and immunities; The Will of the Forsaken reflects the sheer mental will to resist the Lich King's will that every Forsaken innately possesses from the day of their dark rebirth.

As the Forsaken are physically dead, they have the ability to Cannibalize, metabolizing the remains of humanoid corpses to regain their own strength.

The undead do not need to draw breath to fill their lungs, and can thus also stay underwater indefinitely.

The nature of their unnatural existence has given the Forsaken an innate resistance to shadow magic as it is what created them in the first place.

In World of Warcraft: Cataclysm, the undead are able to play as hunters, while in Mists of Pandaria they can also play as monks.

Even though the Forsaken are free-minded and able to chose their own path, most remain loyal to Sylvanas Windrunner. There are very few who turn away from Sylvanas. They are a dark and mysterious people, but aren't very trustworthy, as shown in the battle for Gilneas when Sylvanas ordered the deployment of the plague against the request of the Warchief to stop production. The priests of the Forsaken follow a darker path than they did in life. Whether they served Elune or The Light when they were alive, the majority of Forsaken turned away from their former tenets and followed the darkness. Their speech is as you would normally talk, but most of the time they have trouble saying bigger words. 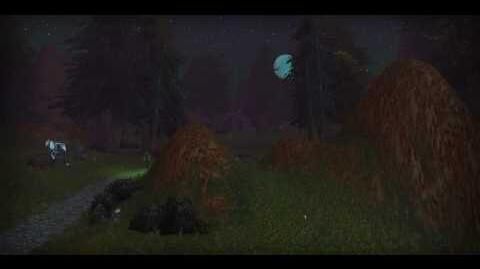 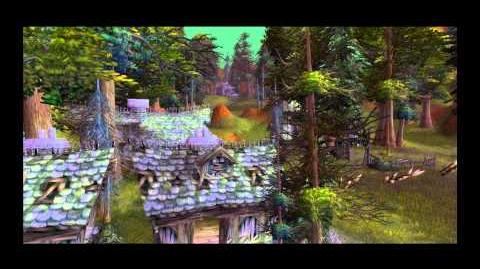 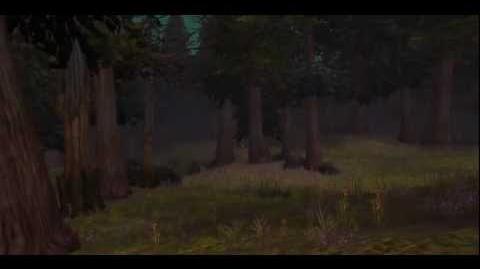