Hey there, and welcome to my user page! I'm a dedicated player, raiding often but not constantly. I actually prefer PvP and I’m contemplating moving to a PvP server, because the PvP on my current main server (which is a PvE server, what should I expect? :P) is crap.
While playing on my main character, I am typically referred to as just 'Grem.'

Gremblacklin: My first character, my noobish name (from ~four years ago :P). It really was just me being a noob and combining the characters first and last names together. 'Grem' was something that just sounded orcish, and 'blacklin,' hell I don't even remember wtf I was thinking with that. I was probably thinking 'Blackhand' and tried to make it original. I've thought of changing the name to just 'Grem,' but then I'd have to message EVERYONE I know to let them know I changed the character's name, and I really don't want to have to do that :P. I might change it if I transfer servers though. Just refer to him as Grem.
Nazguhl: If it isn’t obvious (or you haven’t seen it), it’s inspired from the Nazgûl (or Ringwraiths) of J. R. R. Tolkien's, The Lord of the Rings.
Arulura: Random button FTW!
Findecano: From a fantasy name generator. It's supposed to be my real name in elvish.
Illuthan: Again, random name button FTW!
Suntreader: Was the name of a random Blood Mage hero in Warcraft III... I think... It was cool, no one else on the realm had it. I used it. :P
Nabonidus: Nabonidus was the last king of the Neo-Babylonian Empire! /wikipedia
Undeadgrem: I wanted a name that would make it easier for my guild mates to remember who's alt he was. He’s a DK btw :P
Inkomi: From a spider trickster spirit in Native American beliefs.
Zarindice: Random name generator, with just a few tweaks to it.

Guild Chat: In Karazhan, waiting for a shaman named, Feu to arrive.
Guild Member: "How do you pronounce it? It's like, foo?"
Grem: "I pity the Feu!"

Trade Chat - During the Love is in the Air event, after getting the Heartbroken debuff in the Undercity...
Grem: "I just got rejected by an abomination in the Undercity... Way to boost my self-esteem, Blizzard."
(This generated a lot of laughs in trade chat)

Random Party Chat...
Party Member: "Cairne's just a big steak."
Illuthan: "Yeah, well that steak'll use your skin to patch a hole in his tent, while using your bones as tools to hammer the nails made of your finger bones to stick the patch on."
Party Member: "Ouch..."

Recorded from my main.
Guild Name - Reason for Leaving

“Tremble and kneel before the wrath of the mighty Snowfang!”

Snowfang is my ever loyal companion. He was tamed back when I had just hit level 60, which was around October or November of 2005, all the way in the northernmost part of Winterspring. He’s been with me through Molten Core, the old day-long Alterac Valley games, Hellfire Peninsula, and even to the gates of Icecrown. When Burning Crusade came out, I experimented with the new types of pets, Ravagers and Sporebats, and even the new raptors, but it just wasn’t the same, and Snowfang was quickly at my side again. I didn’t even try to get any of the new pets in Wrath of the Lich King. I tamed one or two of the cool looking guys, but they’re at novelty status. I think (and hope) that Snowfang will be with me for a long time.

LOK'TAR OGAR!! FOR THE HORDE!! 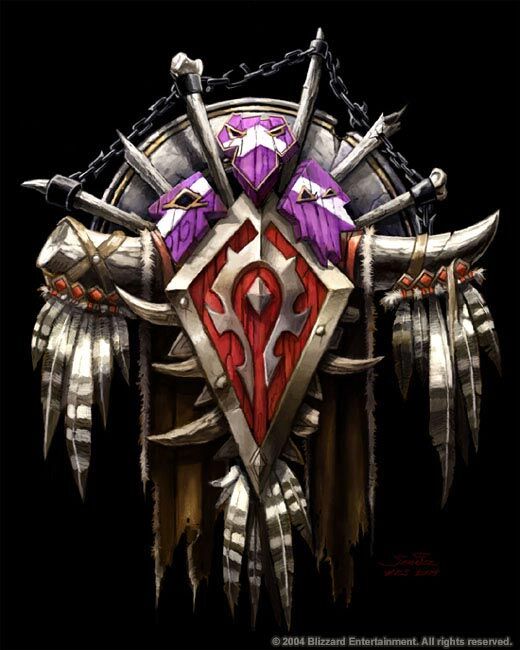