Void gods are the most powerful type of void creature yet encountered. They are gigantic and, unlike void lords, wear no armor. The first, encountered by adventurers in the Sunwell, was born from a dying naaru named M'uru, and some parts of the naaru's form are still visible. A second was born of the alternate timeline's K'ure, a transformation which was initiated by Cho'gall deep within Oshu'gun on Draenor.

The Void gods and Void lords are one and the same, though there are lesser of them. They rarely take physical form as it is extremely difficult and requires the majority of their power. The Void gods/lords are responsible for the Old gods scattered throughout the Great Dark Beyond on various planets, including Azeroth. Their desire is to corrupt all life and destroy the Light. 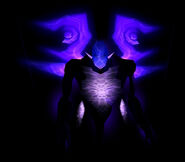 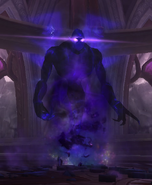 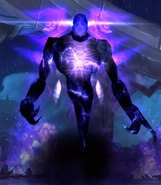 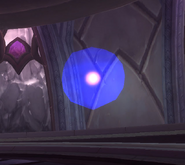 Upon death, a void god leaves behind a singularity-type anomaly which hovers over the spot it died.