Warcraft II: Beyond the Dark Portal

The gameplay was left almost unaffected, with the exception of the introduction of hero units. The hero units were present in the core game, but played a minor role, while in this expansion they played a large role. The hero have all the upgrades researched and stats superiors to the normal troops, but have the disadvantage that if they die, the player loses the mission.[1]

Beside the introduction of the heroes, there were 24 new missions, various new cinematics and nearly 50 multi-player scenarios. The new scenarios are harder than the core game scenarios and even exclude tutorial levels like Tides of Darkness.[1]

New game features include multi-player support for as many as 8 players via Battle.Net or IPX network and shared vision in multi-player games and new tile set of Draenor.[2]

Players also visit new areas in Azeroth, such as Nethergarde Keep, the city of New Stormwind, and the island nation of Kul Tiras.

After destroying the mystic gate into Azeroth, the humans discover that the rift which allows the orcs passage into their world still exists. Human forces must now venture beyond the Dark Portal into orcish lands to put an end to the threat of yet another invasion by the Horde. At the same time, Ner'zhul - Chieftain of the Shadow Moon clan - has seized control of the Orcish Hordes of Draenor, and is gathering his forces in an attempt to open portals to other worlds, while bringing the nations of Azeroth to their knees.

After Ner'zhul's forces recovered the Skull of Gul'dan, Eye of Dalaran, Jeweled Scepter of Sargeras and the Book of Medivh, he opened rifts to the Twisting Nether and destroyed Draenor, transforming it in Outland. The Alliance Expedition forces were still in Draenor when the explosion of the planet occurred; their leader, Khadgar, decided to destroy the Dark Portal. Though the Alliance Expedition saved Azeroth, they were left trapped in Draenor. Ner'zhul entered in one of the portals with his loyal followers while he left most of his forces to die. 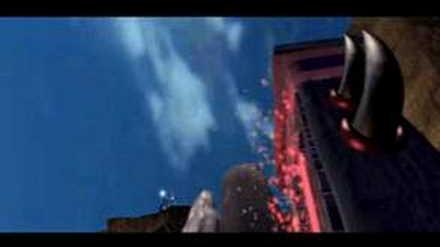