Warriors are melee fighters highly trained in the art of weaponry. Melee combat is the warrior's strongest skill. They are strong and quick on the battlefield. Depending on their specialization, a warrior can often deal very high damage or be tough to kill. Warrior abilities depend on rage generation. This is different to all but one melee class, the bear form druid. Rage for Arms and Fury is generated through auto-attacks, while rage for Protection warriors is generated primarily through taking damage.

Warriors wear plate, and at level 50 they receive [Plate Specialization]. They are able to use shields, wear a variety of armor, and wield any weapon with the exception of wands. Warrior is one of the two classes playable by all races, Hunter being the other.

As long as war is waged on Azeroth, there will be men and women who fight those wars. Warriors are no mere sword-swingers; they are skilled combatants, combining strength of arm, knowledge of weaponry, and practiced maneuvers to slice or bludgeon their foes into little red bits. Warriors are the most versatile of the combat classes, and they supplement their fighting prowess with the ability to rally their allies and spur them to victory. They charge into the heart of the battle and survive the most grievous of wounds. Warriors are common in dwarf, Forsaken, human, and orc societies, but many other species also fill their ranks with warriors. Masters of swords, spears, and weapons of all kinds, warriors share a common way of life on Azeroth. Using their abilities to deal pain and cause bloodshed, warriors are deadly adversaries and welcome friends in violent times (which seem to be all the time in recent decades).[1] Anyone willing to take up arms to defend their people can be classed as a warrior. A knight is the warrior elite among humans.

The warrior class can be played by the following races:

Before the release of Cataclysm, blood elf players were the only race that could not be warriors, though they were a standard class for blood elves in the RPG. Some blood elves become warriors (or scouts or hunters) — especially those seeking to be spell breakers, demon hunters, and rangers.[2] In addition, there were high elf Swordsmen in the Undead campaign in Warcraft III: Reign of Chaos, so elven warriors have technically always been justified.

With the release of Cataclysm, warriors are the first non-hero class to be available to all races.

Since the release of Cataclysm and Mists of Pandaria, worgen, goblins, blood elves, and pandaren are able to become warriors, giving every race in the game access to warriors. 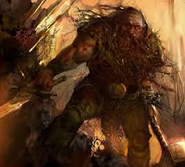 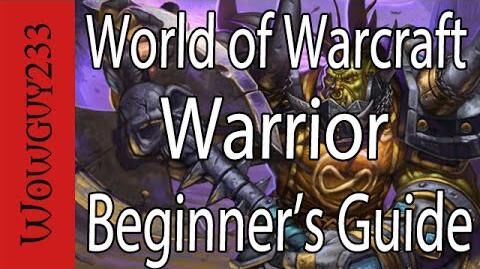 WoW Insider Know Your Lore: Warriors of Azeroth and beyond, Part 2 by Matthew Rossi Apr 9th 2014 11:00AM