World PvP refers to PvP gameplay that takes place anywhere in the world. However, since the release of specified Outdoor PvP content, it has come to refer to that more exclusively. The gain of World PvP is mainly honor points to turn in for PvP rewards.

Sometimes Alliance and Horde Guilds may schedule events as part of a Roleplay event or a friendly PvP match. These events are typically seen only on RP-PvP Servers where such roleplaying events may lead to war or skirmish between an Alliance and Horde Guild, resulting in an attack on an opposing town or stronghold. Then, Raid groups on both sides may take part in the battle to defend against or overrun their opponent. Naturally, these sieges are organized by the Guild leaders and/or officers of both sides. This helps to prevent confusion and let both sides know that the battle will be In Character.

As in the case of an attack on Astranaar, because the town cannot be captured as Halaa could be, Roleplay may be the main motive behind the attack.

The battle usually ends when one side refuses to Resurrect or retreats from the area under siege. Generally, Roleplay etiquette has the attacking force withdraw with their victory and leave the vanquished defenders to Resurrect and carry on with business or launch a counterattack.

Sometimes members of either faction decide to simply overrun a city controlled by the opposite faction for fun. One example of this would be the Alliance and Horde attacking Tarren Mill and Southshore respectively.

There are currently 2 main areas of outdoor World PvP in Azeroth, which are based upon quests in those regions. A Game of Towers is located in Eastern Plaguelands and The Silithyst Must Flow is located in Silithus.

Main article: A Game of Towers

Bolstering Our Defenses is the Horde version of this quest while Establishing New Outposts is the corresponding Alliance version. The point of the quest is to gain control of all 4 towers in Eastern Plaguelands: Crown Guard Tower, Eastwall Tower, Northpass Tower and Plaguewood Tower. Upon gaining control of all 4 towers, the members of your faction gain a buff that boosts spell and melee damage against undead creatures in the zone, including Stratholme.

As of Cataclysm, this seems to have been removed, as the towers are now in control of the Argent Crusade.

Main article: The Silithyst Must Flow

Both the Horde and Alliance quests for this are named Scouring the Desert. The object of the quest is to collect Silithyst from the geysers around the zone and deliver them to your respective base. Upon picking up the Silithyst you are flagged for PvP combat and receive a debuff that slows down your run speed. The debuff drops once you turn in the Silithyst. You are also unable to carry Silithyst while mounted - the act of mounting will drop the Silithyst that you are carrying.

Both the Horde and Alliance quests for this are named Hellfire Fortifications. The object of the quest is to gain control of three fortifications in Hellfire Peninsula: The Overlook, The Stadium and Broken Hill. Upon gaining control off all 3 fortifications, the members of your faction gain the buff Hellfire Superiority which boosts damage dealt in the zone by 5% and carries over into the Hellfire Citadel instances. Also, upon turning in the quest, you are rewarded with 3 Mark of Honor Hold or 3 Mark of Thrallmar as determined by your faction. These marks can later be turned into the quartermasters in Honor Hold or Thrallmar for PvP rewards.

NOTE: It takes 2 min 10 sec to capture a fortification once you wrest it from the opposing faction's control.

The World PvP content in Zangarmarsh is slightly different than those previously described in that there is no quest associated with it. The object is for your faction to gain control of both beacons. When both beacons are controlled by your faction, the tower in the center becomes available for capture as well. To capture the tower, a player must go to their faction's local city (Zabra'jin or Telredor) and obtain a flag from an officer there. If the player successfully runs that flag to the tower, the tower is captured and the graveyard in the center of the zone becomes available for use by that faction. In addition, the members of the controlling faction also gain the Twin Spire Blessing buff which increases damage output by 5% and carries over into the Coilfang Reservoir instances. In addition, each player character kill awards a player with 1 Mark of Thrallmar or 1 Mark of Honor Hold which can be collected and turned in for PvP rewards.

World PvP content in Terokkar Forest includes the quest Spirits of Auchindoun. The objective is to gain control of the 5 towers stationed around Auchindoun. When your faction gains control of these towers, the buff Blessing of Auchindoun is gained that increases damage output by 5%, experience gain by 5% and the ability to collect spirit shards in the Auchindoun instances for six hours. Spirit shards can be collected and turned in for PvP rewards.

World PvP content in Nagrand has the Alliance quest called In Defense of Halaa (obtainable from Talaar) and Horde Quest quest called Enemies, Old and New (obtainable from Garadar) associated with it. The objective is to siege, capture and hold a single plateau named Halaa. There are 15 NPC guards based in Halaa that must be killed before the city becomes available for capture. The guards have one million hit points each and although they can be brought down through traditional combat, it's far more effective to bomb them from the air. There are four "roosts" surrounding the plateau from which a bombing run may be launched. Launching from a roost gives the player 10 bombs that can be fired for an areal damage at the NPC guards. Once the guards are removed, capture of Halaa merely requires occupying the area near the central flag for some time as a traditional capture progress bar slowly fills towards your faction's side. Capture of the city awards your faction with the buff Strength of the Halaani which gives a 5% damage output boost. During the capture of the city, each player character kill awards a Halaa Battle Token which can be collected and turned in for PvP rewards. In addition, there are vendors in Halaa that can only be accessed while your faction has control of the city. 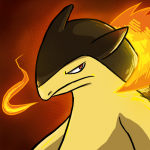