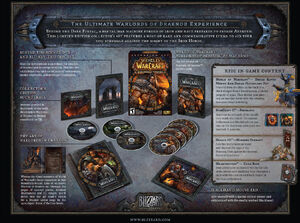 The following will be included:[1]