XT-002 Deconstructor is the fourth raid boss in Ulduar raid. He directly blocks the entrance into the lower level of Ulduar in the Scrapyard. The fight is a rather straightforward gear check.

A companion version of this boss, Lil' XT, is available from the Blizzard Pet Store.

Engineered by Mimiron, he dominates the Scrapyard area of Ulduar and considers himself his inventor's son. This causes the machine to behave like a young boy.[1]

As with all Wrath of the Lich King raids, a standard raid composition is OK. No special resistances or equipment are needed. In Normal 10-man mode, damage dealers should average about 3,000 DPS (3,500 DPS if using only 5 damage dealers). Normal 25-man requires the entire raid to output approximately 60,000 DPS. Heroic 25-man mode requires damage dealers to provide 5,000 DPS each.

Phase 1 consists of a fairly standard tank-and-spank. The fight enters phase 2 when the boss is at 75%, when it takes a 20-second "nap," during which it exposes its heart and summons adds. After that, Phase 1 continues until at 50% (and 25% again) a Phase 2 takes place.

Each raid member must learn to deal with these two debuffs. Since they both are a threat to other raid members, debuffed players must separate from the raid as fast as possible. Melee can set up in a circle around the Deconstructor, since it has no cleave or short-range AoE. Healers and ranged DPS should stay 10 yards away from tanks and melee, and then agree on one of the following set-up possibilities:

It's also possible to set up in a wide circle around the tank spot, with as much space between players as possible (preferably around 10 yards).

The Deconstructor keeps the two Bomb debuffs up at all times (that is as soon as one of them expires on a player, another player gets it), except during Tantrum, when the Bomb debuffs are not refreshed. The two players with Bomb debuffs must run away from all other players, either to explode in safety (Gravity Bomb), or in order not to damge others (Light Bomb). Gravity Bomb does not kill, so if that player starts at full health, no healing is required. Light Bomb can kill, for that reason one healer should be assigned to put a HoT or two on the current Light Bomb victim.

Even with fast player reaction, Light Bomb inevitably deals some AoE damage to the raid. The raid healer(s) need to be quick to AoE heal this.

Once per minute, the boss casts Tympanic Tantrum. The one-minute cooldown is reset by exposing the heart (getting below 75%, 50% or 25% respectively), so high-DPS groups can completely avoid Tantrum. If the boss casts Tantrum, every raid member takes 80% damage within 8 seconds, and is slowed by about 40%. This means that AoE healing must be well organized so that nobody dies from this damage, and that the raid should be on top health prior to Tantrum. The standard avoidance methods do work, but reduce DPS (which may prove fatal). Hunter Deterrence is ineffective but Rogue Feint does reduce Tantrum damage. The damage can also be mitigated by a paladin's Divine Sacrifice coupled with Hand of Protection or Divine Shield, as well as a Discipline-specced priest's shield (with a shorter cooldown from Soul Warding, and 3% raid-wide damage mitigation from Renewed Hope).

Whenever the boss gets below a 25% threshold (at 75%, 50% and 25%), it switches for 30 seconds to Phase 2. During this time, the boss itself cannot be targeted, but it exposes its heart and takes double damage, and adds are summoned. Three types of adds spawn from the scrap heaps in the four corners of the room:

The Scrapbots need to be AoE'd down and must not reach the boss. They are susceptible to most snares (stun, frost nova, knockback, etc.). The Boombots should be single targeted and nuked by ranged. It is best if they explode when surrounded by scrapbots or near the Heart. The Pummelers should simply be off-tanked and kited during the whole fight around the room. No damage dealer should ever target a Pummeler.

Scrapbots spawn in ~7-10 groups of 5. The groups can appear simultaneously and at varying times. Have people keep an eye out and call out where and when they are coming. When scrapbots get closer to the raid group, they need to be AOE'd down immediately (a Priest using Mind Sear can help reduce the number of DPS wasted on scrapbots). Boombots need to be DPS'ed when they are near the Heart or scrapbots (or when not close to players). [Personal Electromagnetic Pulse Generator] from Engineers can be extremely helpful to stop the closest Scrapbots, stunning all mechanicals within roughly 20 yards for 3 seconds.

When the heart goes back up into the boss and XT becomes targettable again, the remaining active adds stay alive.

The Heart has 7M hitpoints in Heroic mode (1.5 M in normal mode). Since the heart takes double damage, and all damage it takes is passed through to the boss, every damage dealer should try to concentrate on the Heart as much as possible. Melee should stay on the heart exclusively during the whole phase. Even healers can deal some damage in this phase, Mana permitting (else healers can use this phase to regenerate a little). While it's desirable to deal as much damage to the heart as possible, destroying it invokes hard mode, pay attention that this doesn't happen by accident.

Bloodlust should be used during a heart phase and extra attention should be paid not to trigger the hard mode if this is undesirable.

Dealing with a low DPS raid

If the raid's damage output is on the low side, the key is to maximize the damage done to the heart in phase 2. The idea is to divert two players to slow the adds down, while all other damage dealers concentrate on the heart. Position the boss close to two scrap heaps (and far away from the two others). The adds from the two far away heaps cannot reach the boss before the heart is retracted, thus two players (e.g. mages) are sufficient to slow down the adds from the two close heaps. As soon as the heart retracts, all ranged DPS nuke the adds.

The luck aspect of this fight is having XT-002 cast Tympanic Tantrum just before going into Enrage. This yields an extra 5–10 seconds DPS time, before he obliterates the raid. At this point, all healers (besides the one healing the Pummeler Tank) should give as much DPS as possible. 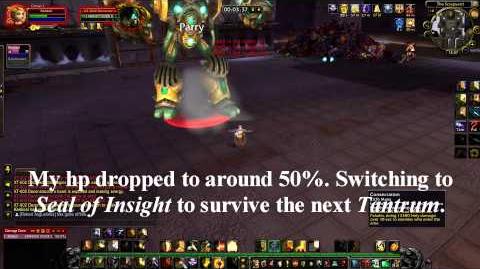 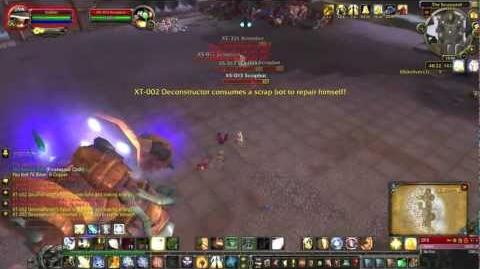 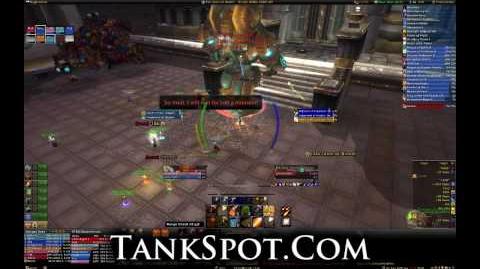 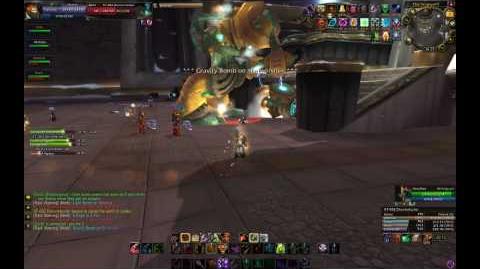 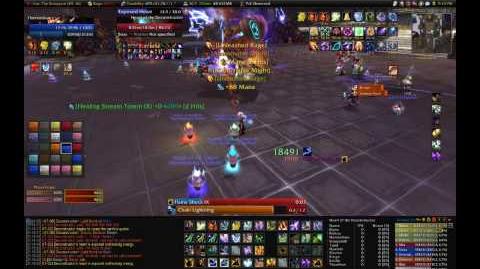 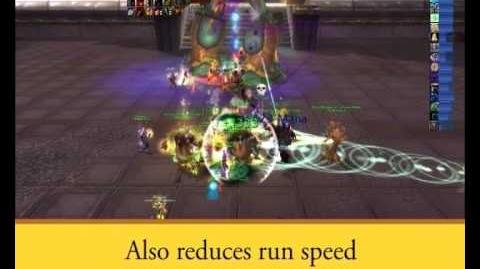 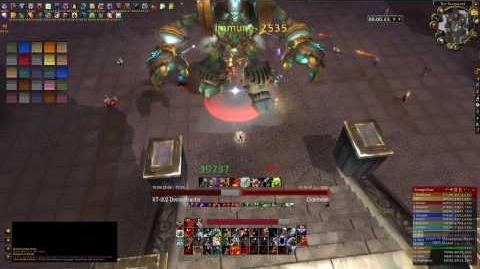 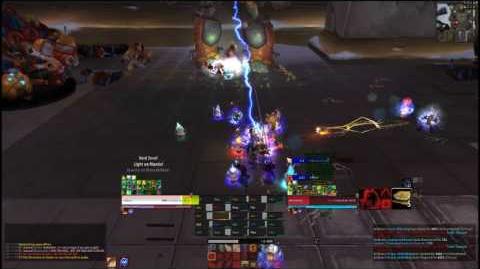